Can you believe Easter is just over a week away?

We’ve got you covered for all sorts of fun activities and printables to do with you family.  There are Cascarones AKA Confetti Eggs to make, Resurrection Rolls to eat, Bingo to play, and so much more!  Plus tons of Easter food recipes! 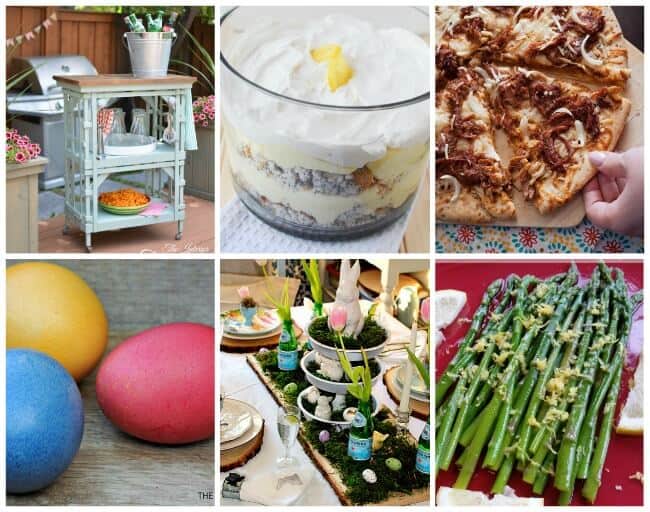 How to Naturally Dye Eggs from The Jenny Evolution

Spring Tablescape from Our Crafty Mom

Thanks for hosting and have a good week. I look forward to starting Friday visiting your party! I would love to have you visit one of mine.

Thanks so much for featuring our BBQ Pulled Pork pizza this week! :)

[…] This post was shared at the following link-ups: Seasonal Sensations, The Blogger’s Pit Stop, FanDay Friday, Create With Joy,  and Coffee With Us 3 – Pretty Pintastic. […]

Dear Hosts, Thanks so much for featuring my recipe for Honey Lemon Asparagus this week - I'm honored! Thanks also for hosting Pretty Pintastic! Happy Easter everyone! Blessings, Janet