While scrolling through Pinterest a while ago, I came upon a super cute pattern for a toddler bucket hat from Sew Much Ado. The best thing about it was that it’s for a boy… and since I had yet to sew anything for Little Man, and I was starting to feel a bit guilty, I decided to make the hat. 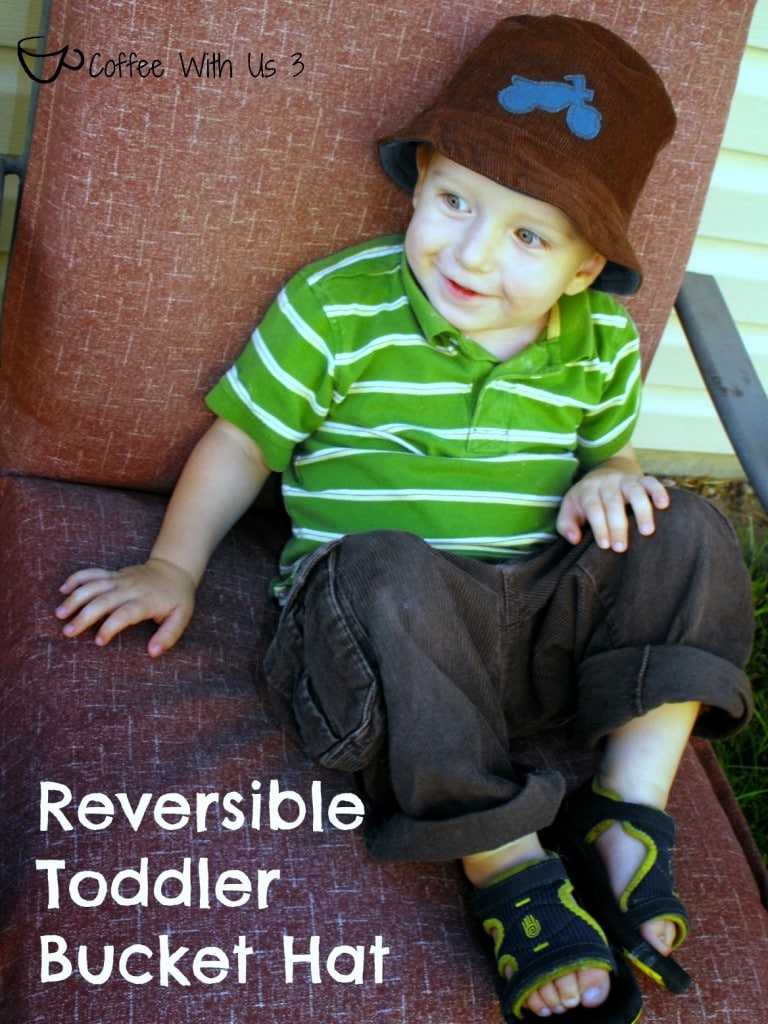 I know it’s a bit late in the year to share this toddler bucket hat, but I actually had it made more than a month ago, I’ve just forgotten to take pictures and blog about it. So, feel free to pin this to sew it over the winter, so you’ll be ready for next summer!
This toddler bucket hat was an easy pattern- I would say that if you’ve done any kind of sewing before, you can attempt this.
Little Man loved his hat. In fact, I tried it on him before it was completely finished, and he wouldn’t give it back to me. He thought he was so cool wearing it!
For one side, I used a guitar applique from Joann’s Fabric that Little Man convinced his dad to buy for him while I was grabbing some fabric one day. 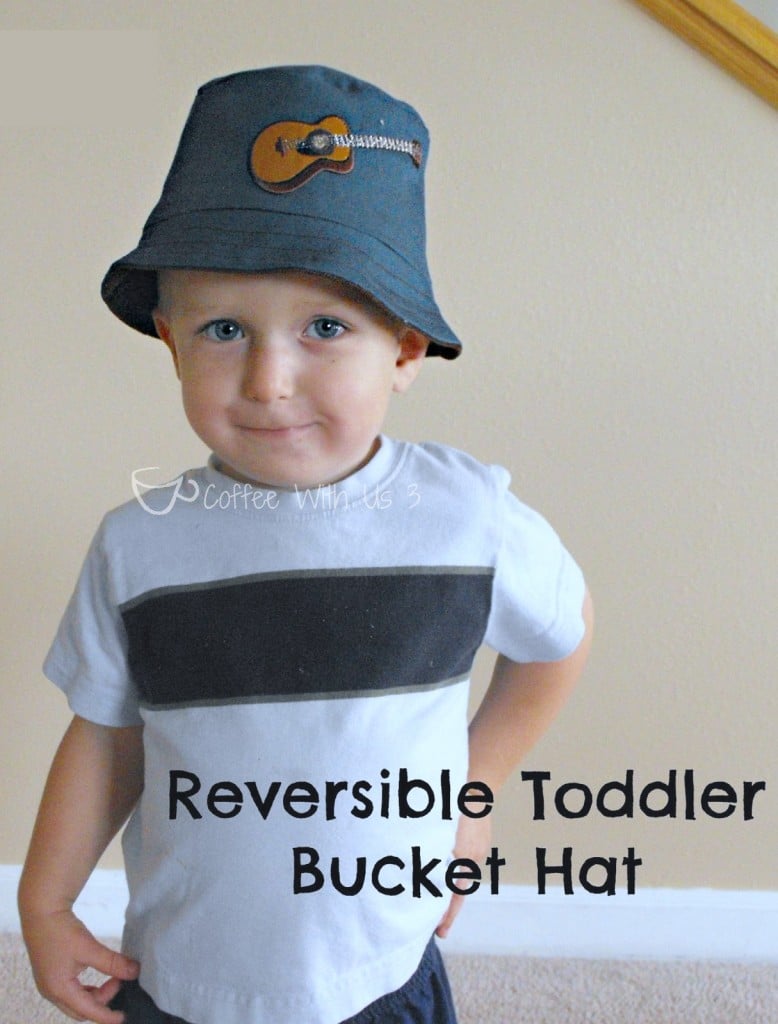 On the other side, I wanted to do a motorcycle, so I looked and looked until I found a cute image and then I printed it out on freezer paper.
I ironed the freezer paper to the right side of the fabric and ironed fusible interfacing to the other side. Then I used an exacto knife to cut out the shape. I peeled off the freezer paper, then ironed my homemade applique to the hat band and sewed around the edge. I think it turned out pretty cute. 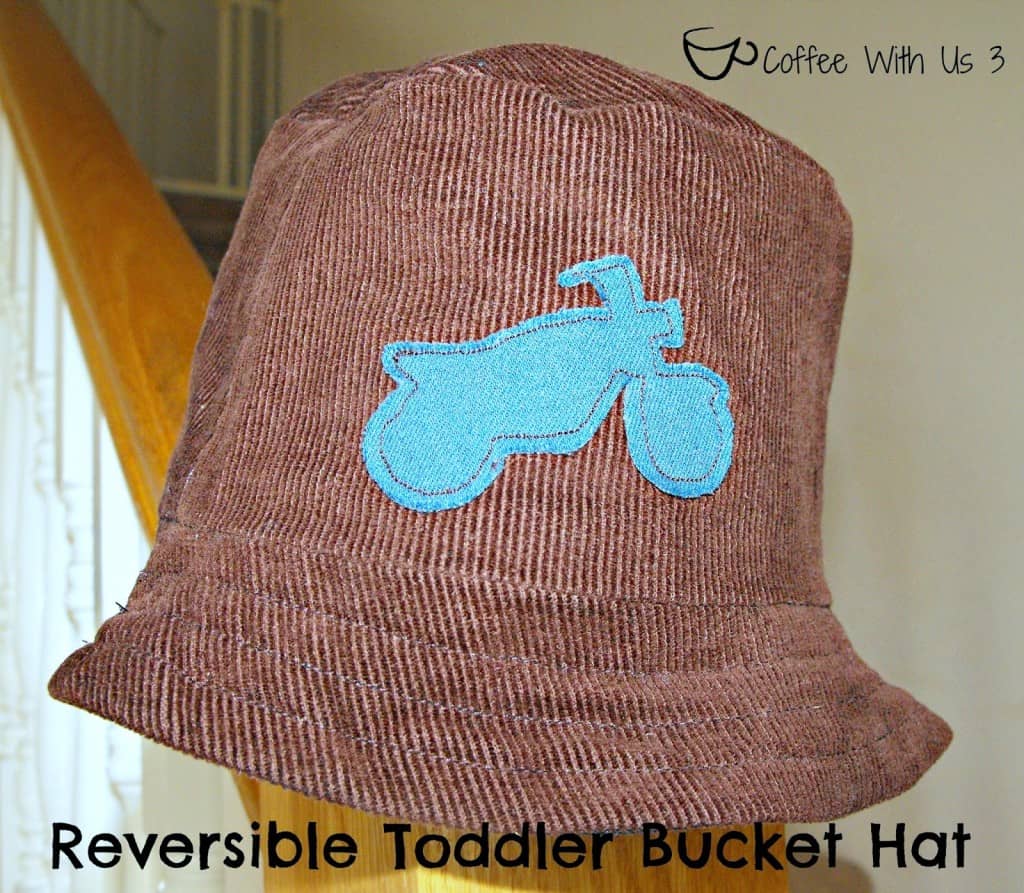 For whatever reason, when I got the camera out, Little Man got really shy. So here’s a picture of him hiding from me– he’s convinced that if he covers his eyes, we can’t see him. I think it’s pretty cute.

Have you been sewing any fun projects lately? 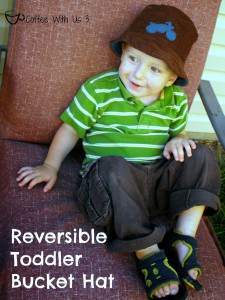 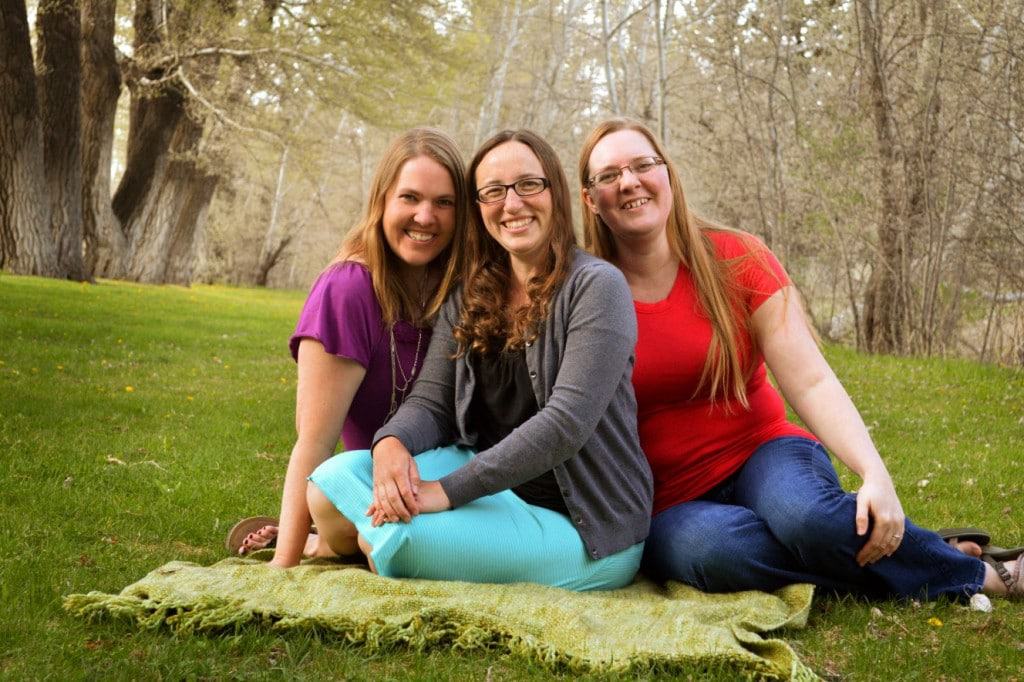 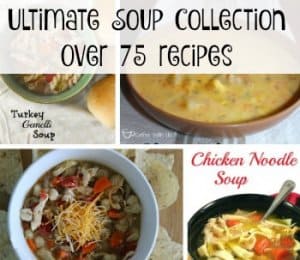